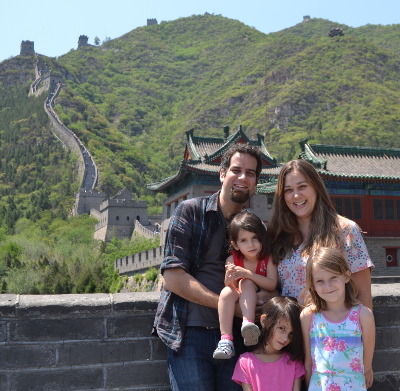 Rachel and Adam have always had a heart for missions. Before they met, Adam had worked for 5 years as a missionary with Global Recordings Network having served in the US, Nepal and Brazil. During her teenage years, Rachel took missions trips to Russia, China, and other countries. In 1999 she enrolled in Bethany College of Missions (now Bethany Global University ). During her Junior year she ministered in Madegascar and Holland. In 2002, Rachel's Senior Year, Adam enrolled in a 1 year program at Bethany. That is where they first met.

In 2004 Adam and Rachel were married in a small church in Minnesota. Adam had recently accepted a job at Bryan College in Dayton, Tennessee. So Adam and Rachel began their life together in the neighboring city of Cleveland, Tennessee.

Off to the Mission Field

Adam and Rachel had always dreamed of doing missions work overseas together. In 2014 with their children being 7, 5 and 2 years old, the time seemed right, and they could feel God pulling their hearts in that direction. So they sold their house, Adam quit his job and in May 2015 all 5 of them hopped on a plane for Davao, Philippines and a new adventure in their lives began.