We're Off to a Village for a Few Days

Tomorrow we're headed out on a 5 day trip to a village outside of the city of Butuan. We'll be helping out with church planting, discipleship, women's prenatal care and other ministries while we're there.

Pray that we will hear and respond to God's leading and especially that this will be a good experience for our three girls. They've never been anywhere this remote, and we really want this to be a positive experience for them.

Trash collection here in Davao is an interesting process. What happens is they come by once or twice a week, on any day but Sunday, at any time from 5am - 10am. They honk their horn as they come down the street and everybody rushes outside to put their trash cans out. They come by, dump it in the truck and you bring it back inside your gate.

We tried leaving the trash can outside the gate and it as quickly stolen. So you're stuck dragging yourself out of bed as early as 5 something.

You've got to feel bad for the trash men though. They have to sort through the trash by hand. You see a lot of things here that make you wish better jobs were available to these people. 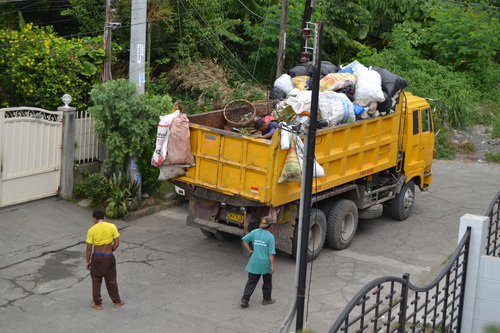 Yesterday I dropped Rachel off on the island of Samal for a few days. She's there with the rest of her team prepping for some village ministry they'll be doing next month. Our whole family will be going to the village September 5-9th.

I took some pictures during the 3.5 hour drive there and back. 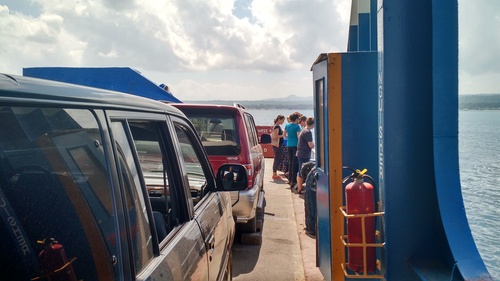 Waiting on the ferry to cross to Samal. 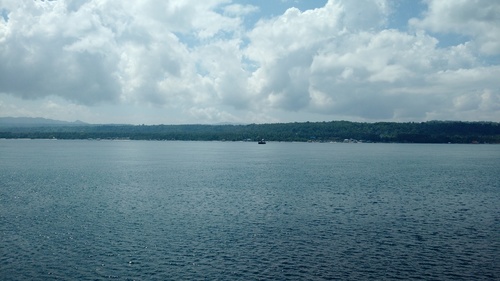 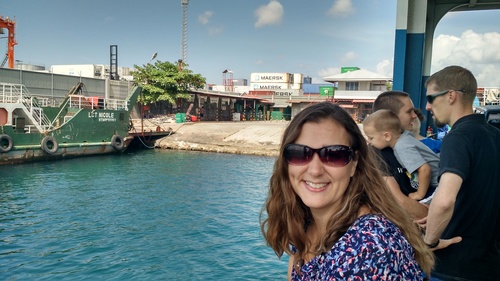 It's only a few days but we're really gonna miss her. 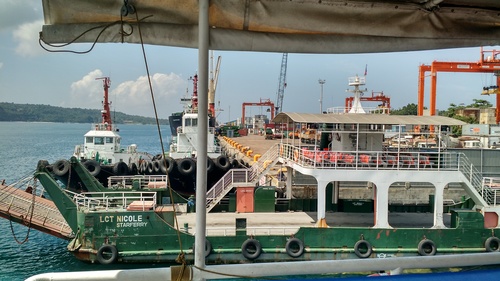 Some boats at the dock. 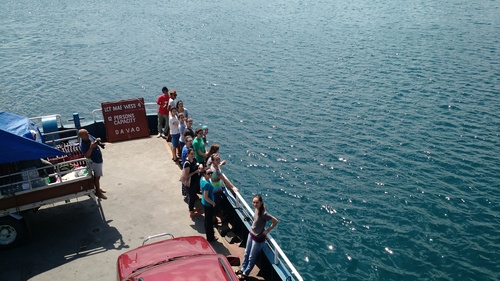 Some of the group that will be doing village ministry. 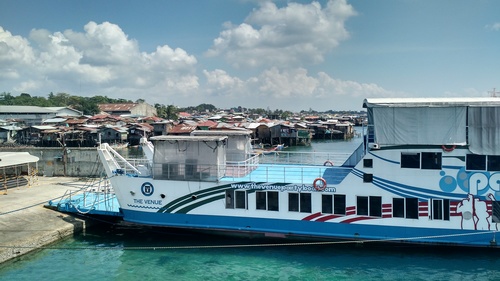 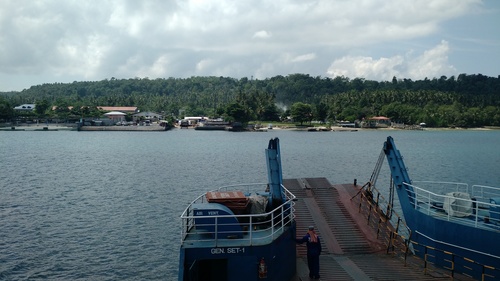 On our way to Samal. 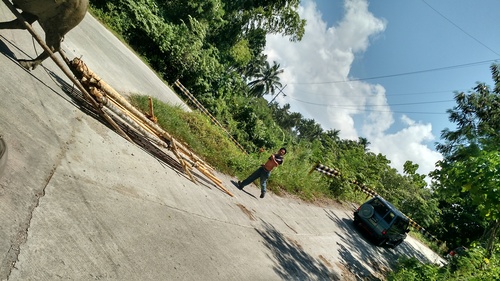 We didn't do a very good job capturing this photo but this is a man running after a runaway water buffalow pulling some logs. 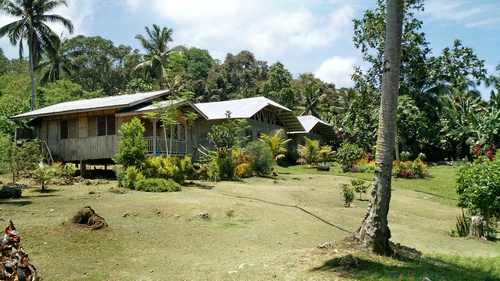 This is the camp where Rachel and the others are staying. 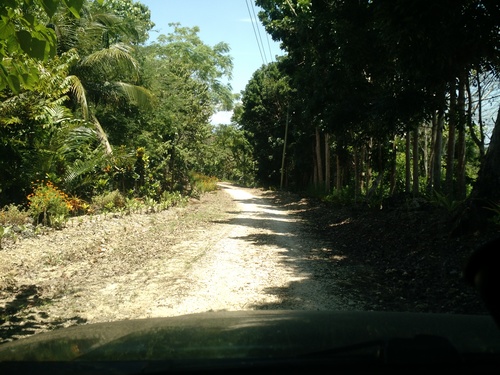 The road back form the camp. 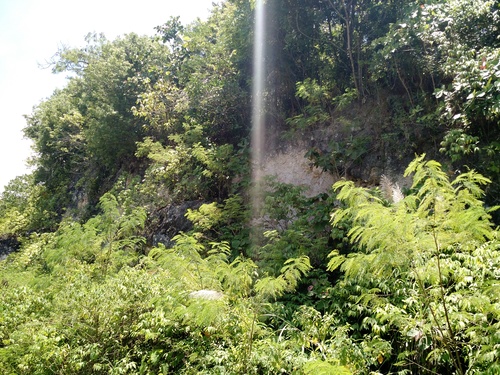 Some of the jungle right off the road. 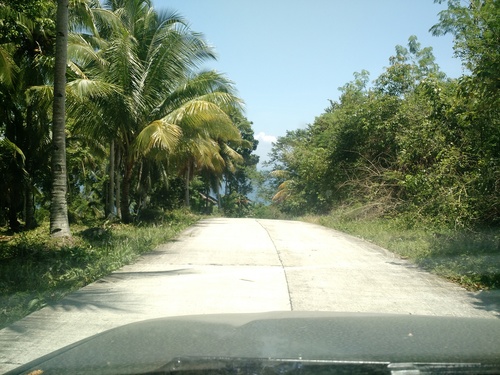 Back to paved road. Notice the ocean between the trees. 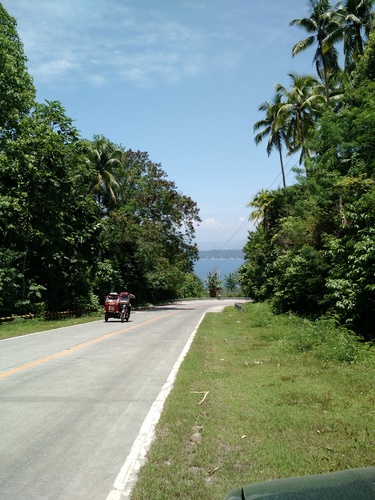 A better view of the ocean from up in the hills. The island has a lot more hills than you'd expect. We struggled to get our old car up some of them. 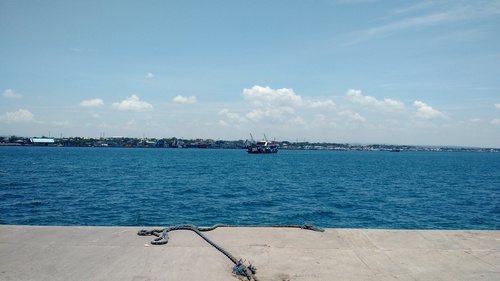 Waiting for the ferry back to Davao. 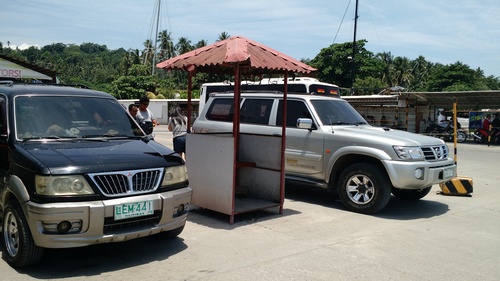 Some cars waiting for the ferry. 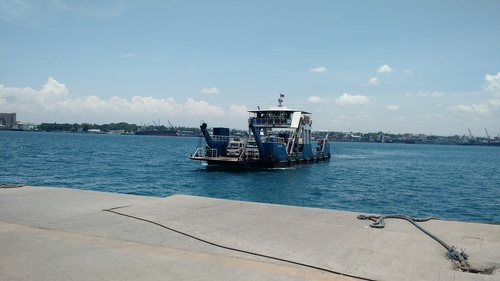 It's been a long time between updates again hasn't it. I've got some catching up to do.

One big milestone that happened recently is we turned in our missionary visa applications. All 200 or so pages of them! We also had an interview with immigration, which went well. Thank you for your prayers in getting all of our necessary documents, there were some extra steps and delays but it all came through fine in the end. We'd appreciate your continued prayer for our visas. It doesn't look like there will be any problems, but this is obviously very important, so prayer is always appreciated!

More updates coming soon, including some photos from a beach trip we took for Rachel's birthday. 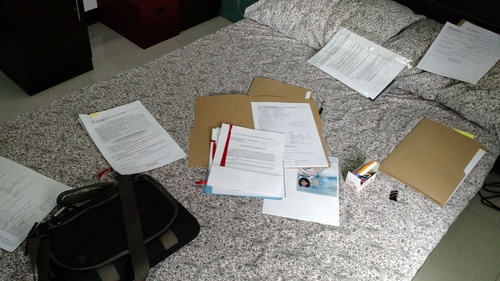 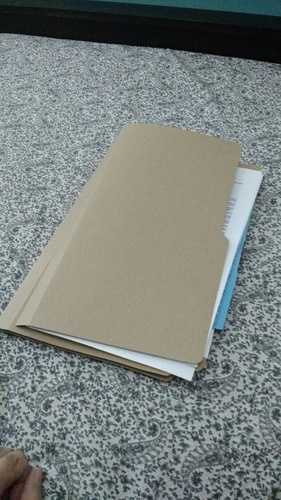 We recently had to renew our tourist visas while we're still waiting on some documents we need for our missionary visas. So I went to the Philippine Bureau of Immigration's site, downloaded and printed 10 copies of the forms (2 for each of us since they need two "original" copies, no phtocopying allowed ). Spent a good part of the morning filling out 24 pages of forms, got a taxi to immigration, walked up to the window only to hear "Oh we don't use these forms anymore"... [sigh].

In the end, Rachel was nice enough to take over for me and spared a man who's spent most of his adult life working to get away from paper forms, from having to fill out another 24 pages or so.

The second time was a charm for us and we were able to get our visas renewed for two months. It took a few hours of waiting in the immigration lobby along the other unfortunate people who had to be there. But I'm slowly accepting the fact that not much happens in the Philippines without paper and waiting. 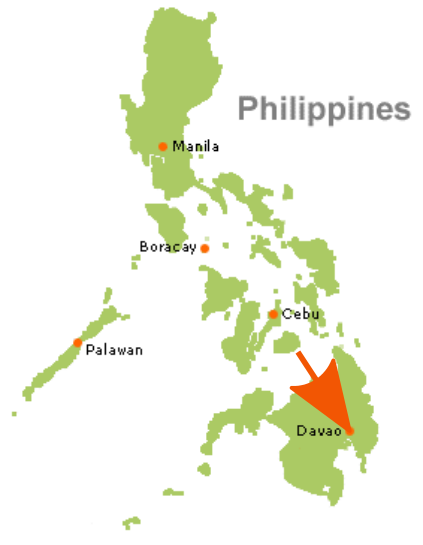 Donate NowNote: Donations are not tax-deductible